When my colleagues from Atria found out that we plan to organize “Awaken Your Warrior Spirit” workshop, with a psychologist and a former professional fighter Daria Albers, most of them were confused. Common reaction was “WTF is that?”, of course nicely phrased 😊like “Really?! Do we really need that?!”

Yes, we really need it!

In this text I would like to explain why awakening warrior spirit is essential for a modern man and maybe even more important for a modern woman. A warrior is often being portraited as a man, but the archetype can bring even more value in teaching women to reclaim their power, and use it in a way that is aligned with their nature.

There are two books that I recommend for better understanding of this topic. The first one is “King, Warrior, Magician, Lover” by Robert Moore and Douglas Gillette, and the second is “The Hero Within” by Carol Pearson. 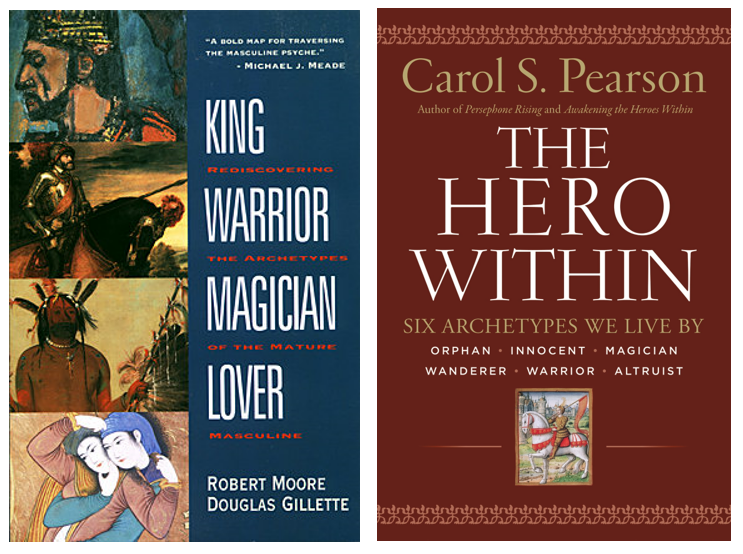 From the professional coach perspective, identity is a dynamic and multidimensional structure that organizes our behavior, influences our choices and strategies in different life areas. Dynamic means that it changes over time (even on a daily basis), and multidimensional means that different dimensions of identity that can be activated individually or simultaneously.

So, identity is not a single entity with one homogenous voice as much as it is a variety of different voices that battle for the dominance. During our growth into maturity, there are two important things we should focus on:

Whatever voices are within us, our primary mission in life is to take them from being a cacophony, to being a beautiful and powerful choir.

Diving into the deep waters of Carl Gustav Jung’s archetypes is a good way for tuning these voices in. Four basic ones, known as King, Warrior, Magician and Lover, need our special attention. Depending on cultural conditions, some of them may be more relevant than others, but in an ideal setting all should have equal importance, claiming no superiority of one over another. 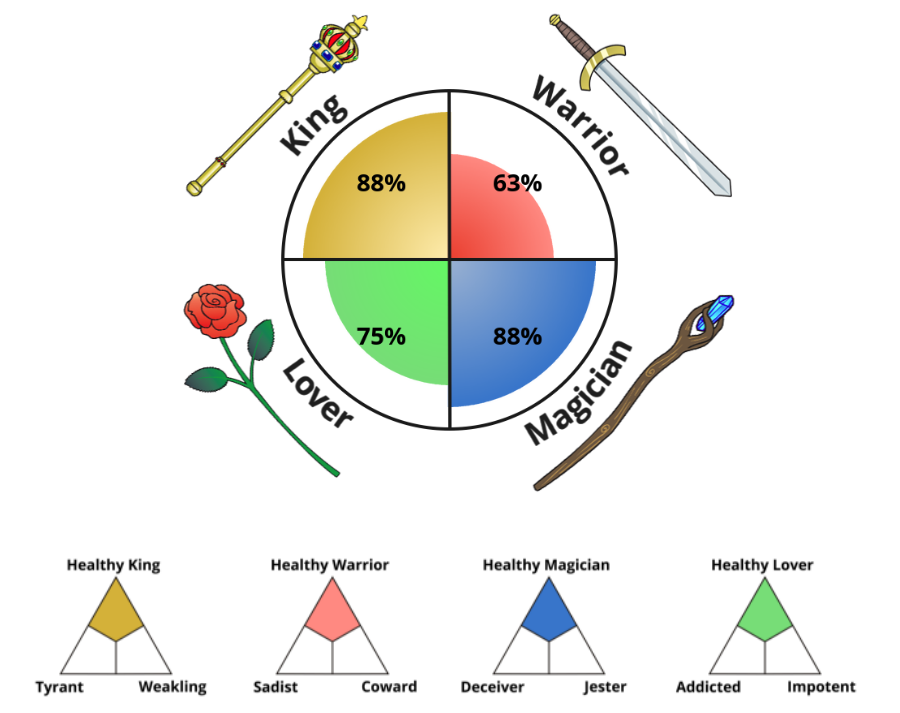 In their book “King, Warrior, Magician, Lover”, Robert Moore and Douglas Gillette make the argument that mature masculinity is not abusive or dominant, but generative, creative, and empowering of the self and others.

They write that the Warrior energy have fallen out of favor in modern Western societies due to its association with destruction and domination, and that, nowadays, the same societies have a clear need for healthy and mature Warrior energy.

The Core of Warrior Spirt

As the Warrior energy is a necessary part of mature masculinity (no man can realize his full potential without it) it is important to integrate its healthy part and detach it from the unhealthy one.

The Shadow Warrior (The Sadist and the Masochist)

Person with energized unhealthy warrior energy or The Shadow Warrior demonstrates it in two different ways:

The Sadist (the active pole of the Shadow Warrior)

The Warrior’s detachment from life leaves the door open to cruelty. He/she is most vulnerable in the area of relationships, where he/she must constantly stay cautious of emotions (they must be under control).

The Masochist (the passive pole of the Shadow Warrior)

What Kind of Archetypal Warriors The World Needs Today?

This healthy archetypal warrior can be found in individuals who know what level of aggressivity is appropriate in given circumstances (as for almost any achievement we need a good portion of aggressivity).

There are many great examples of nonviolent warriors, and most of them are in contact with their purpose and detached from their own pride and grandiosity.

Healthy warrior is energized in people who fight for something more than for themselves, who demonstrate their commitment to a cause, task, their team, family or nation. For these individuals there is no time for hesitation. Every act counts. Each deed is done as if it is the last.

By awaking our healthy warrior we will step a way from the unhealthy one, from the one….

At the end of the day, our unhealthy warrior is trying to slay just one dragon. But this dragon is the figment of his mind.

It is an abstract enemy who never really manifest itself, but can break even the greatest warrior when not properly dealt with. 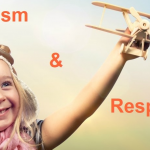 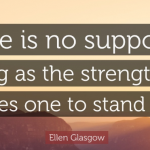 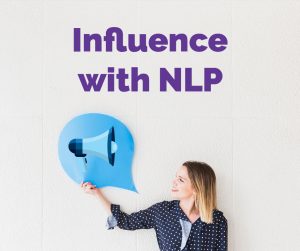 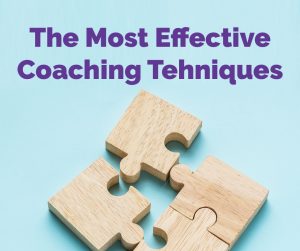